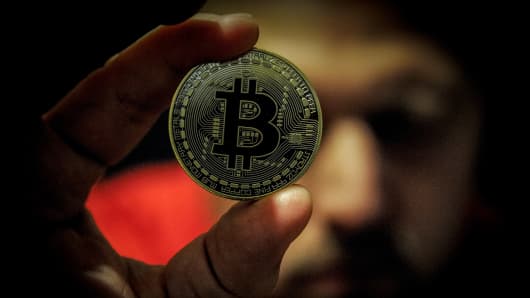 CME will implement special price fluctuation limits at 7 percent and 13 percent above or below the prior settlement price, and prevent trading outside the 20 percent range, according to details the exchange released Tuesday afternoon.

The trading ranges are similar to what is allowed for U.S. stock index futures. But the limits could be more relevant for the notoriously volatile digital currency and could ease investor concerns about investing in the bitcoin product.

Bitcoin can swing several hundred dollars in one day. In just the last few days, bitcoin hit a record high of $7,601.53 Sunday, then dropped below $7,000 before recovering to $7,500 Wednesday morning, according to CoinDesk. In September, bitcoin crashed about 40 percent from above $5,000 to below $3,000 in about two weeks.

That said, some analysts have pointed out that intraday volatility in bitcoin has fallen since the early days of the digital currency. 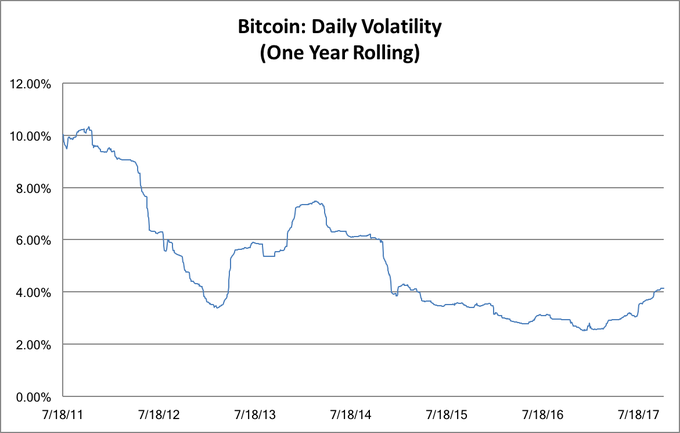 Chris Burniske  ✔@cburniske
CME announced last week it is launching bitcoin futures by the end of the year, pending regulatory review. CME Chairman and CEO Terry Duffy said on CNBC’s “Closing Bell” after the announcement that he is “confident” the CME’s self-certification process at the U.S. Commodity Futures Trading Commission and full application process will go through.

A spokesman for the CFTC did not immediately respond to a CNBC request for comment.

Other details now available on CME’s website about the bitcoin futures contract include the months for the initial listing: December 2017, January 2018, February 2018 and March 2018. Contracts expire at 4 p.m. London time, typically 11 a.m. ET, on the last Friday of the contract month, according to CME’s website. 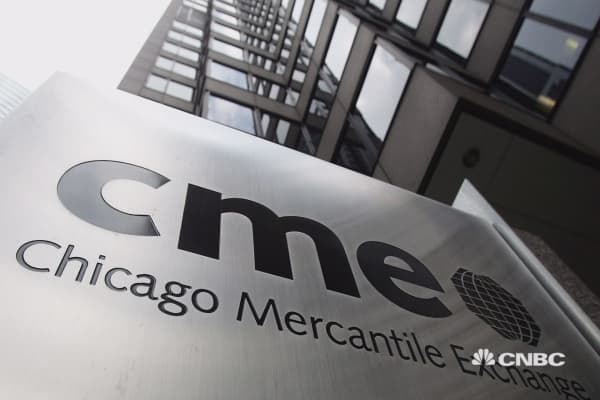 When launched, bitcoin futures will allow more institutional investors to buy into the digital currency trend and potentially pave the way for a bitcoin exchange-traded fund.

The Chicago Board Options Exchange, the largest U.S. options exchange now known as Cboe Options, is also planning to offer bitcoin futures by early next year. Chris Concannon, president and chief operating officer at Cboe Global Markets, said Tuesday that having regulated futures for bitcoin helps the case for a bitcoin ETF.

“And over time, we do envision ETFs coming to market once the regulated futures market is built and liquid.” Concannon said, according to a StreetAccount transcript of Cboe’s third-quarter earnings call.

Bitcoin has come a long way in the last decade. The digital currency was once the focus of a small group of cryptocurrency enthusiasts, and often linked to illegal online commerce.

Since then, an entire industry has emerged with companies offering bitcoin mining and trading services, as well as selling digital mining equipment. Some of Wall Street’s veterans are moving into digital asset investing and more than 120 “cryptofunds” now exist, according to financial research firm Autonomous Next. What was once a fringe item has become an asset that established financial institutions are looking to expand into.

On Monday, MV Index Solutions, a subsidiary of ETF company VanEck, launched 19 digital currency indexes that track individual cryptocurrencies like bitcoin as well as baskets of currencies. The indexes were created in partnership with industry data website CryptoCompare.

“We at VanEck believe the digital assets have the potential to interact with the broad economy,” Gabor Gurbacs, director of digital assets strategy at VanEck, told CNBC in a phone interview Monday. “If the futures problem is solved, I think the likelihood [of a bitcoin ETF] increases.”

VanEck withdrew in late September its application for an ETF based on bitcoin futures at the request of the U.S. Securities and Exchange Commission, since the derivatives product doesn’t exist yet. 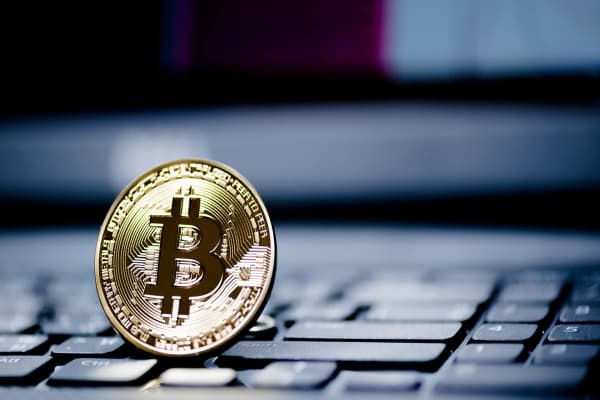